We had to wait a long time for the gap, left by Diana P1000 Evo2, to be filled again. The high-quality pneumatic air rifle from Diana was sold for the last time in early / mid 2021. Since then, we have been waiting for a pneumatic air rifle “Made in Germany” from Diana for a long time. Dozens of times I was asked if I already knew when the successor would finally be available.

However, the fact that Diana XR200 isn’t the direct successor to Diana P1000 Evo2 is already evident from its looks and all the data that is already available. XR200 is a completely new concept that I would like to introduce to you today. 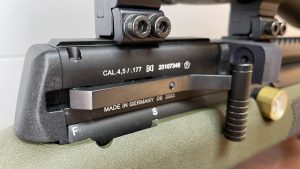 Diana XR200 is an air rifle that uses compressed air to power the pellets. The 280cc-cartridge can be filled with a maximum pressure of 200 bar. That was enough for 390 shots in my test.

The high-quality ALTAROS regulator then regulates the pressure down and ensures that the shots are fired with an extremely high consistency of 3.9 ft/s (1.2 m/s).

Among other things, the consistency of the gun is important for the excellent shooting result. 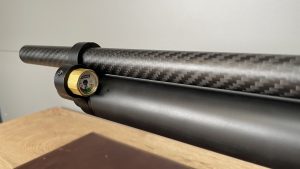 Another important aspect is the barrel. Diana XR200 features an extremely high-quality Lothar Walther choked barrel. It’s 21.5″ (54.8 cm) long and Diana states that it is also excellent for shooting slugs. Eventually, I will test whether slugs are precise even with the 7.5 joules of the F model.

The built-in compensator also provides precision. Diana has hidden it nicely in the carbon barrel jacket.

The trigger is adjustable. The trigger weight is set to 2.8 oz (78 grams) at the factory. This is an incredible value, known only from match rifles.

You can use either the 14-round magazine or the twin-shot tray. This is an adapter which, like the magazine, is also included in the scope of delivery. It is inserted from the side. Once you have loaded the pellet from the right and then pushed the adapter in, the second opening automatically appears on the left side. There you load the second pellet and after firing the first shot you move the adapter back to the right. Thus, the next pellet is ready to be fired and the first opening is ready to be loaded again. 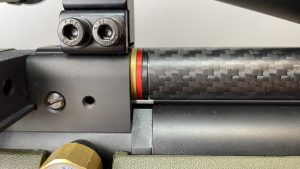 I think this adapter is absolutely great and will be using it mainly. But of course, this is purely a matter of preference and I know many shooters who prefer to shoot from a magazine.

It has a manual safety with a firing pin. It doesn’t need to be deactivated before every shot.

Diana also had a great idea for the manometer. It is folded out and turned to the rear towards the shooter. This allows the cartridge pressure to be monitored directly from the shooter without having to look from the front towards the barrel end. I find this extremely important, especially for the safety of the shooter.

The manometer can be attached either on the left or right. Therefore, both left- and right-handed shooters can enjoy this cool feature.

Which brings us to the stock.

The stock of Diana XR200 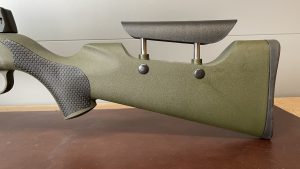 The first version of XR200 comes with a hunting green synthetic stock. It’s ambidextrous and comfortable to use for both left- and right-handed users. The stock is very robust, and the shooter can adjust the cheek piece in height and thus adjust XR200 exactly to suit themselves.

Diana has also thought of shooters who like to shoot sitting down. With a long Picatinny rail on the lower part of the forend, it is quite easy to attach a bipod to Diana XR200. Due to the fact that the rail is long enough, I can also easily attach my favorite bipod Accu-Tac WB04. Thus, you can shoot the gun comfortably while sitting and only need a rear rifle rest.

Diana has brought an absolutely well-designed and precise air rifle of an extremely high quality to the market.

The rifle is supplied in a case. This completes the high-quality and positive overall impression.

Finally, there is a pneumatic air rifle “Made in Germany” from Diana on the German market again. All shooters looking for a very high-quality rifle, as well as the many Diana fans among us shooters, will be very happy.

In any case, I can already say that this post and this video were not my last about Diana XR200. The enthusiasm is too great, too many tests are still left open.

I also hope to get my hands on the Premium model.

You can order Diana XR200 HERE from my partner www.action-shop24.de.

Thank you for visiting my blog! 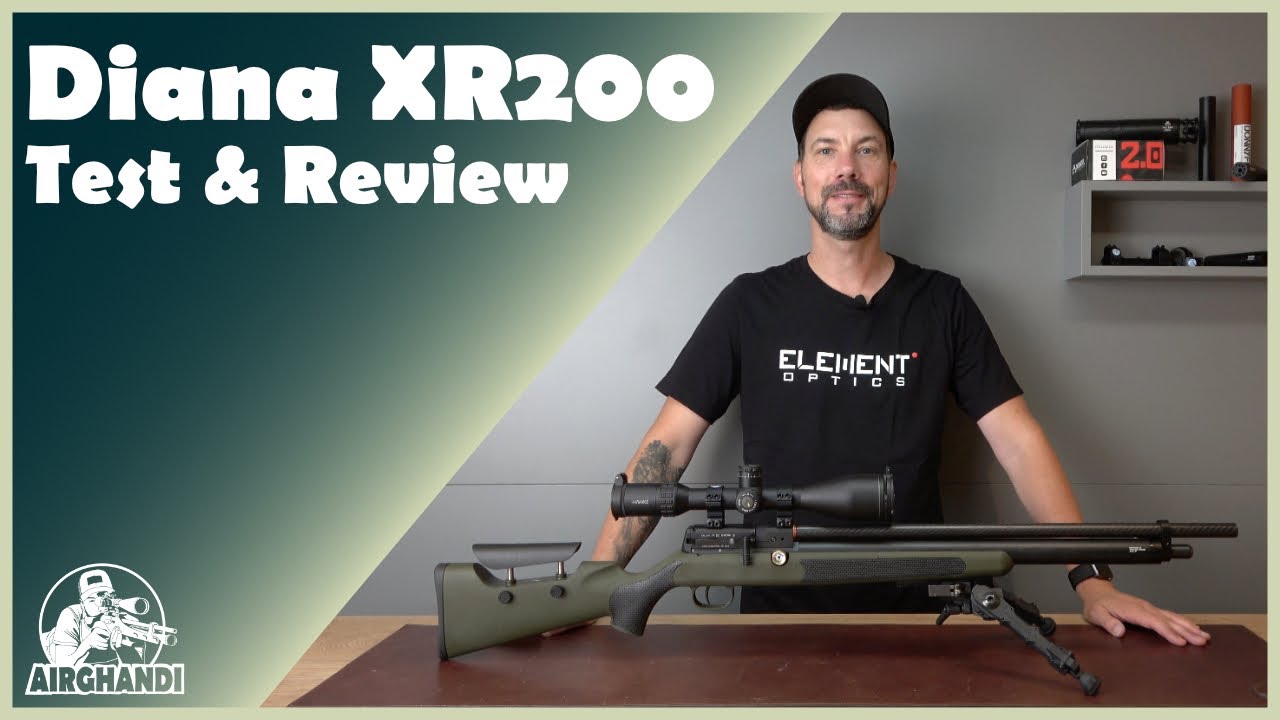 Picatinnyrail for bipod somewhat sharp-edged, no silencer adapter as standard