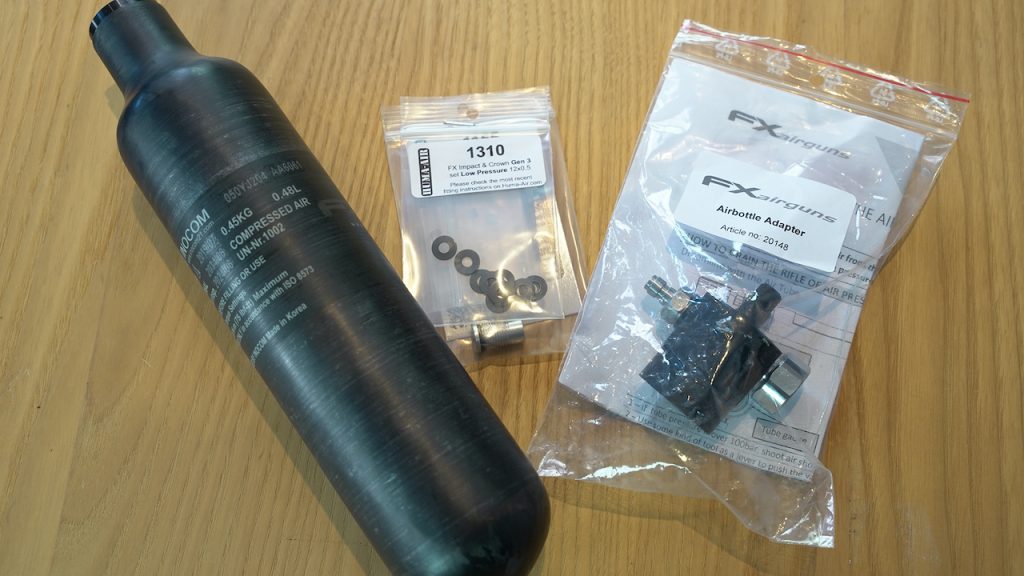 Today I’ll show you how to convert FX Dreamline! In my review of FX Dreamline Tactical, I promised you that this review and video would not be my last about FX Dreamline. I’m making good on that promise today. Together with AirBuddha, I will show you how to replace the standard cylinder with an FX Airguns Bottle. Then we will install a new regulator from Huma-Air.

What do I expect from the FX Dreamline conversion?

FX Dreamline is already an incredibly good air rifle ex works. If you’ve watched my video, you’ll know what I mean. So why are people still adding parts to the rifle?

Even with today’s review, my final rifle is still not completed. I just want to show you all the steps to my finished air rifle. The nice thing about the concept of FX Dreamline is that you can make it look the way you want. I had already shown you the different versions that are available.

In addition, there are a few more versions from external chassis manufacturers on the market. I try to show them to you later on.

The first step in our FX Dreamline conversion was to install the FX Bottle Adapter. Once you have it installed, you can attach either the 300-cc, 480-cc, or 580-cc bottle. The advantage of this is simply that the already very efficient rifle doesn’t run out of air so quickly.

At the same time, we have also installed the Huma-Air regulator.

What advantages does the new regulator offer us? 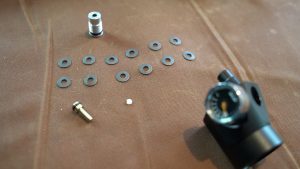 Since the FX regulator is already great, the consistency of Dreamline will hardly improve with the Huma-Air regulator. With other air rifle manufacturers, the installation is often a good investment. However, the Huma Regulator has other advantages as well. Due to the use of other materials in its production, the regulator can’t be damaged by incorrect pressure adjustments. Additionally, it can be adjusted higher in pressure from the outside while the rifle is under pressure. If you want to lower the pressure, however, the rifle needs to be de-pressurized first.

And now take a look at the conversion:

We have completed the FX Dreamline conversion

What are the results of the FX Dreamline conversion? 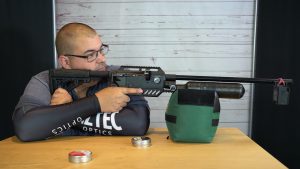 The consistency is just as good as with the FX regulator. I’m relieved that I can no longer damage anything due to possible incorrect adjustments. The shooting capacity has more than doubled.

But the best thing is that the rifle now produces about 0.5 joules more power. This means, for example, that AirGhandi’s Finest pellets now work at 7 joules of power instead of 6.5 joules. Pellets from JSB, which are softer in terms of material and therefore basically also faster, now push to exactly 7.5 joules.

I’m very pleased with the way the conversion went.

I hope you enjoyed the review and the video.

See you next time!

Many greetings and thanks for reading!