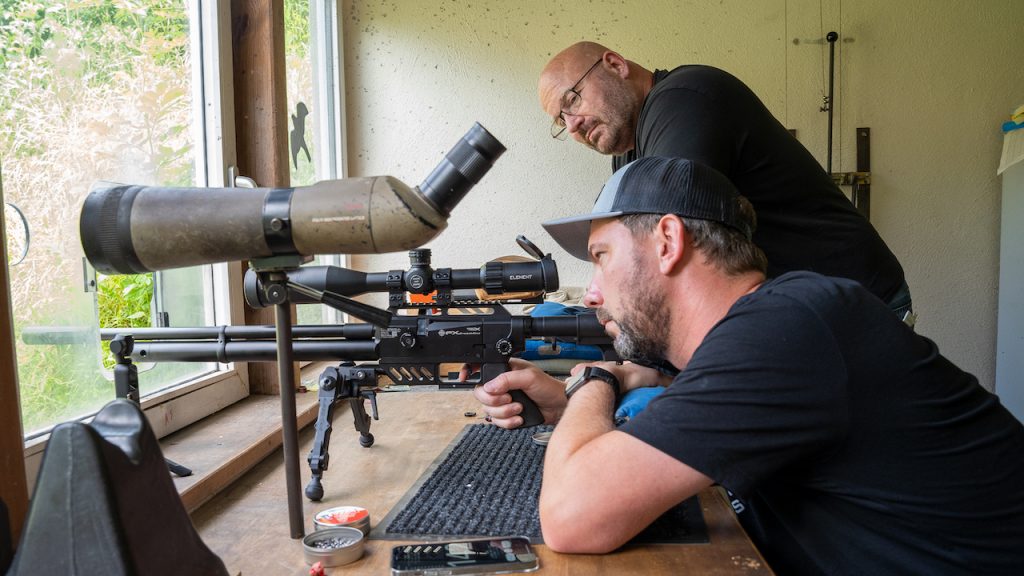 I have already posted the review, the conversion to the bottle version, the Jet Air chassis and the comparison to HW100.

Today I’m going to show you how to increase the power of the rifle to 24 joules using the tuning kit that comes with the purchase. I will, of course, also explain the legal side of this.

Who is allowed to shoot FX Dreamline with 24 joules?

You can buy a FX Dreamline from me with a maximum power of 7.5 joules. In Germany, you need a license to shoot firearms with more than 7.5 joules. 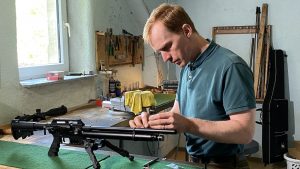 In Germany, FX Dreamline is especially interesting for shooters who plan to get a gun license someday. Then, they don’t have to buy two expensive air rifles and instead can have their Dreamline converted.

I have a firearms dealer’s license now which entitles me to shoot firearms with more than 7.5 joules. But the installation of the Dreamline tuning kit may only be done by a gunsmith. That’s why I’m at my trusted gunsmith today: Michael Rumpel. He will do the conversion and the first entry into the National Gun Registry. He then transfers the ownership to me and makes an entry in my Firearms Record Book.

Of course, I won’t write down all the steps of the tuning here. If you are interested, please have a look at the following video.

My conclusion of the FX Dreamline tuning

Precise shooting at distances of 54 to 109 yards (50 to 100 meters) is now possible without any problems. Of course, now I have to do countless tests to find out which pellets work best in the new setup. I’m honestly really looking forward to that. I enjoy testing various setups.

From now on, the tests can only take place on the shooting range. You’re not allowed to shoot firearms with more than 7.5 joules at home.

Thank you and see you next time!

HERE you can contact Michael Rumpel directly for gunsmithing services.

You can order the Element Helix FFP 6-24×50 MRAD, which is mounted on my Dreamline, as well as the Dreamline itself directly from me.