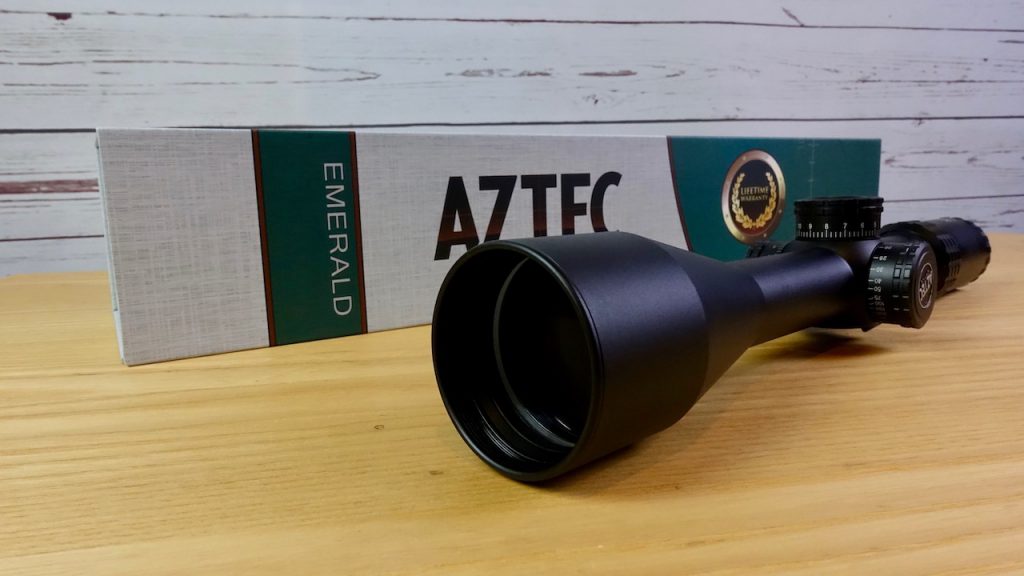 FFP and SFP – Which reticle type is better?

For a long time, I have been asking myself what the difference between those two types is. I never had the courage to buy a riflescope with a FFP reticle and test it. If I can’t handle it, I’m putting a lot of money down the drain. I certainly didn’t want to do that. 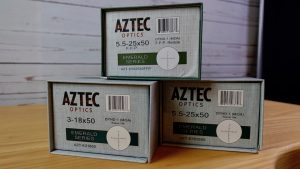 One of my partners, Benke Sport, has the new FFP scope from Aztec Optics in their range. SFP riflescopes have been around since last year. This gave me the opportunity to take a closer look at the different types. Both scopes have the same DYND-1 reticle.

What does FFP mean?

Technically, the reticle of an FFP scope is placed in a different location of the scope than that of a SFP scope. It is located in front of the scope’s magnification erector assembly. If you turn the magnification up or down, the size of the reticle changes accordingly. In the video below you can see this in detail.

Nowadays, FFP rifle scopes are becoming more and more affordable because it is now possible to engrave the reticle ever more finely into the glass. This minimizes the risk of covering the target at a high magnification.

The advantage of a First Focal Plane reticle is clear. You only have to calculate once per distance how far over the target you have to hold your scope. This can then be applied to all magnifications. The MOA measurements are suitable as a basis for calculation at all magnifications.

What does SFP mean?

Here the reticle is behind the scope’s magnification erector assembly, closer to the eye. When turning the magnification ring, only the target in the scope becomes larger or smaller. The reticle itself stays the same size. Rifle scopes with SFP reticles are used when windage and elevation calculations are not as important.

If you want to determine the settings accurately, you will have to do this separately for each magnification.

Field target shooters, who usually use the highest magnification, can save themselves the extra cost of an FFP scope and are well served by an SFP scope.

There is a mark at 9x and 18x magnification on Aztec Optics’ SFP scopes. This 18x magnification is exactly one MOA. A 9x magnification is 2 MOA. Unfortunately, I can’t tell you exactly how to calculate this. I don’t have any experience yet and need to learn how to do it myself. I hope to be able to provide proper information at some point in the future.

My video about FFP and SFP

I hope I could give you some guidance.

Ultimately, I can’t tell you which reticle type is better. Every shooter must decide for themselves how they want to use the scope. I will definitely buy an FFP scope myself to be able to test it extensively.

PS: I got some more feedback after consulting with a tech-savvy professional. Of course, I don’t want to keep that from you:

A major disadvantage of the glasses with the reticle in the second focal plane is that if the reticle is not 100% centered, the point of impact may shift at different magnifications. This risk is said to be reduced with high-quality optics, but there have also been reports of optics that cost more than 2,000 euros showing a shift in the point of impact.

For Field Target shooters who always shoot using only one magnification and use the other magnifications only for measuring, this isn’t relevant. However, you should then make sure that the scope is calibrated to the magnification at which you will ultimately be shooting. Alternatively, calibrate the scope to the highest magnification, because then the difference won’t be as significant at a low magnification as vice versa.

All other shooters who always shoot with the same magnification anyway, can do without these adjustable scopes (and the discussion of whether the 1st or 2nd focal plane is better), since they always have the same reticle anyway and the mechanics of the magnification adjustment usually also takes away some of the light transmission.

Feel free to leave me a comment if the video was interesting and helpful for you.

Thank you for reading and I have fun on my blog!