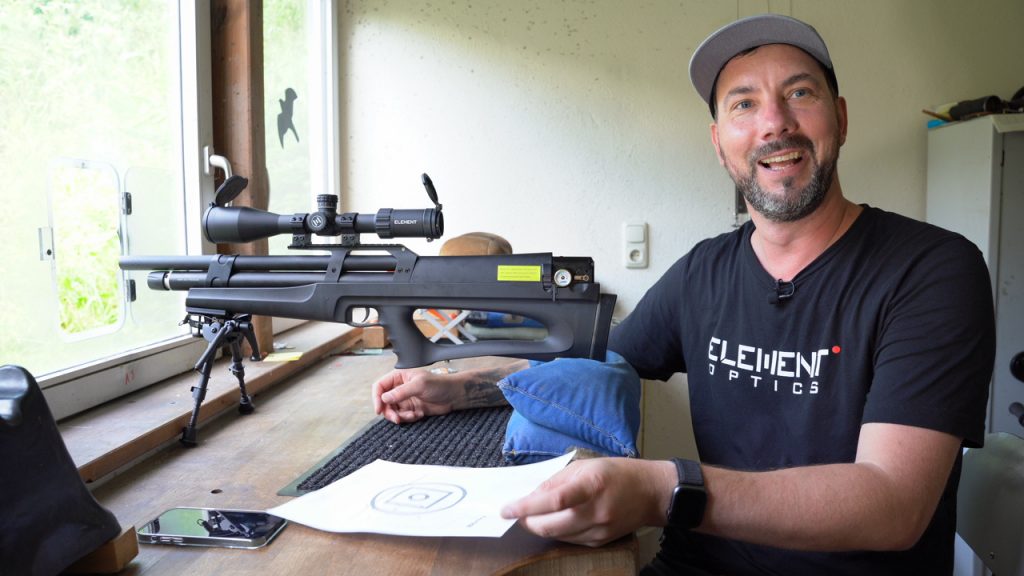 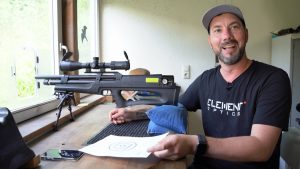 It hasn’t been long since I got my firearms dealer license. It comes with some nice effects for me, my website and my YouTube channel. Together with your support, it now offers me a new foothold. Since then, I can order and sell you not only Huben K1, but also many other high-quality air rifles. I would be extremely grateful if you contact me for your next rifle, scope or other accessories or order them from my soon to be launched online store.

Another advantage for me is that I’m allowed to shoot and own more powerful air rifles. In Germany, you need a license for guns with more than 7.5 joules.

Undoubtedly, one of the most interesting air rifles is Huben K1. I’ve already shown it to you in detail in a long review. Now, of course, I’m dying to know how it feels like shooting it with its full capacity.

The legal situation of the Huben K1 tuning

The law is clear about who can own certain firearms. If you send me proof of age when you order a Huben K1, I’m allowed to sell it to you and you are allowed to own it. You then only have to make sure that it is secured at your home against unauthorized persons taking it. Meaning, it is best to lock it in a cabinet, locker or gun safe. 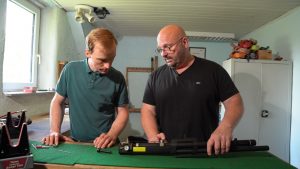 In neighboring countries such as Austria or the Netherlands, for example, different laws apply. The laws are not as strict there and you are allowed to shoot air rifles with more than 7.5 joules.

However, be aware, this is no legal advice. If you’re unsure about what you are allowed to do in which country, please check with the corresponding authorities.

The gunsmith working with AirGhandi

I have luckily found a gunsmith who will do conversions of rifles for me and is not camera-shy. Michael Rumpel from Opferbaum in Bavaria is the gunsmith I rely on. Besides his craftsmanship, the great thing is that he also has a 109-yards (100 meter) shooting range that I get to use for my videos. That’s great for me, my website and my YouTube channel. I can then immediately test all the modified rifles.

Even though I obviously didn’t know which pellets or which slugs would work best at which power level of Huben K1, I took the opportunity to shoot a few rounds right after the conversion.

You can see the conversion and the first high power shots for yourself in the video:

Please don’t mess around and tinker with firearms if you don’t have a license to do so! The penalties for this are severe!

What do you think about Huben K1?

Have a great week!

You can order Huben K1 from me HERE (only within Germany).

HERE you can have another look at my review of Huben K1.

If you need Michael Rumpel for a gunsmithing job, write me via the contact form.