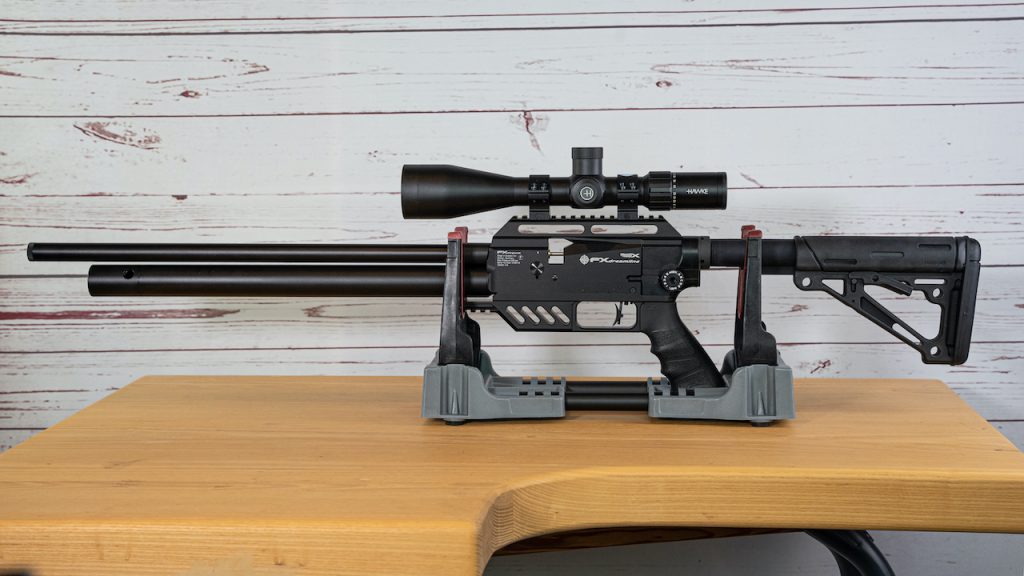 I have been waiting for FX Dreamline since 2018. Back then, Jörg Sprave from Gogun approached me at IWA and told me that FX Dreamline would be available with an F-mark in Germany. The F stands for frei / free and indicates that the muzzle energy doesn’t exceed 7.5 J and the air gun can be owned by persons from the age of 18 years without needing a license in Germany. He spent two years nagging the Swedes until they granted his wish and brought the FX Dreamline to us in the F version. Now it’s right in front of me…

The versions of FX Dreamline

All versions with more than 7.5 joule that are available worldwide will be available in Germany with 7.5 joule. I picked the FX Dreamline Tactical. In addition, it is also available as Classic Walnut, Classic Synthetic, Classic Laminate, Dreamline Lite, Bullpup and someday as FX Dreamline Field Target version.

So, there are practically unlimited possibilities. The nice thing is that you can convert the model you have chosen to another version later. You can convert your Classic version to the Field Target version for the weekend and then back again a few days later. This is currently unique among PCP air rifles.

I will keep the FX Dreamline Tactical in any case and provide you with information bit by bit and show various conversions. 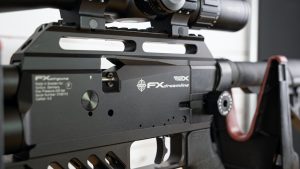 I have to admit that I didn’t know what to expect. Almost all the big air rifle YouTubers, who are or were in a way my role models, currently shoot mostly FX air rifles. FX Airguns’ marketing really puts everything in the shade.

They have focused intensively on the new media and deliver so much image and video material via all channels that readers and viewers eventually develop a strong “want to have” feeling. For someone who spends a lot of time on Facebook, Instagram and YouTube gathering information about air rifle shooting, the question inevitably arises at some point as to whether the next high-quality amateur air rifle will be an FX Dreamline.

But is this just good marketing or can Dreamline really challenge its competitors, for example Diana P1000 Evo2 or Weihrauch HW100? Or is it even better than our Made in Germany air rifles?

Believe me guys, this topic has been on my mind quite a bit over the last two years. It was always clear to me that it would definitely not be a bad air rifle. However, how good is it really?

I won’t be able to answer this question for you in one video or one post. To be able to come to a reliable conclusion, it takes time and a lot of comparisons. Rest assured, though: You will get the answers here on my website and on my YouTube channel! 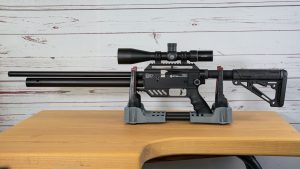 I was so happy when I came home from grocery shopping on a Friday and saw a large, well-wrapped package waiting for me. Gogun sent me my FX Dreamline Tactical! I quickly opened the box. Inside, a beautiful plain black gun case awaited me. I opened the four snaps. There it was. Exactly as I expected it to be. Simple, beautiful, and tactical. Of course, you have to like this version. I think it’s simply incredible and something different compared to many similar air rifles I’ve had in my hands in the last few years. Now it’s time to try it out and analyze it.

The barrel of FX Dreamline

A major highlight of FX Dreamline is the barrel. FX Airguns has come up with something special here. The Smooth Twist X barrel (STX) is a combination of the barrel housing and the inner barrel (liner system). The inner barrels can be replaced. This gives you the opportunity to try out other rifling lengths or change the caliber. Of course, the latter doesn’t make much sense for the 7.5 joule version; but if you have a gun license or are living outside of Germany, for example, you can shoot the rifle in a stronger version.

The grooves in the STX barrels are not milled. These are visible on the liners from the outside. The grooves are pressed in from the outside. This has the great advantage that the grooves in the barrel are not sharp at all and the barrel is still completely polished on the inside. This in turn allows for excellent precision, which you can see for yourself in the shooting test. Another advantage is that there isn’t as much abrasion of the pellets and therefore the barrel doesn’t lead as much.

The magazine of Dreamline

If you want to use FX Dreamline for competitions, you will still have to get a single-shot adapter from a third-party manufacturer. For all other cases, of course, you use the included 22-round rotary magazine. Loading the magazine is quite easy once you’ve done it a few times. For us German shooters, it is a slightly different system than we are used to from other manufacturers. In my accompanying video you can see how the pellets are loaded into the magazine.

The Tactical version comes with a 230-cc cylinder. It can be filled up to a pressure of 230 bar.

The trigger of FX Dreamline 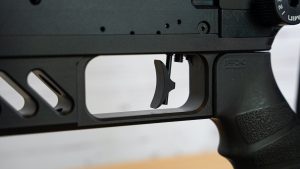 FX Airguns calls their trigger “FX Match Grade Trigger.” I think it is absolutely equal to the match trigger Rekord from Weihrauch or the T06 trigger from Diana. The trigger weight is 425 grams ex works, I measured 428 grams myself. The trigger is shaped like many match triggers from other manufacturers and is fully adjustable. The trigger has a clear trigger pull and is thus absolutely predictable.

What has been changed for the F version?

The built-in regulator was set to about 60 bar. The more powerful version of FX has 100 bar. The hammer spring, valve spring and needle were completely replaced. Thus, FX Airguns ensures that the air rifle is not only choked, but also works great as an F version with 7.5 joules.

My conclusion of FX Dreamline 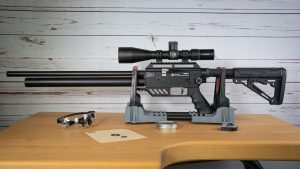 As I mentioned at the beginning, I can give you an interim report today, so to speak. You can see that I’ve already asked and answered a lot of questions about FX Dreamline.

All in all, the air rifle shown today is a really great. However, you have to judge for yourself whether FX Dreamline has what it takes to win in its category. I will try to provide you with comparisons and tests in the near future.

One thing is clear: the air rifle is really suitable for everyone. Whether for plinkers who simply want a large magazine to shoot with, or for demanding shooters who expect the highest precision from a rifle.

So, FX Airguns didn’t mislead us with its marketing and offers us a really great air rifle.

You also can’t say that you don’t like its design. Dreamline is so versatile, there’s something for everyone.

Stick around and if you like it here, recommend me to others!

A list of replacement parts for FX Dreamline Tactical can be found HERE.

You can buy the stock for FX Dreamline Tactical that Horst (THANK YOU HORST!!!) lent me HERE. 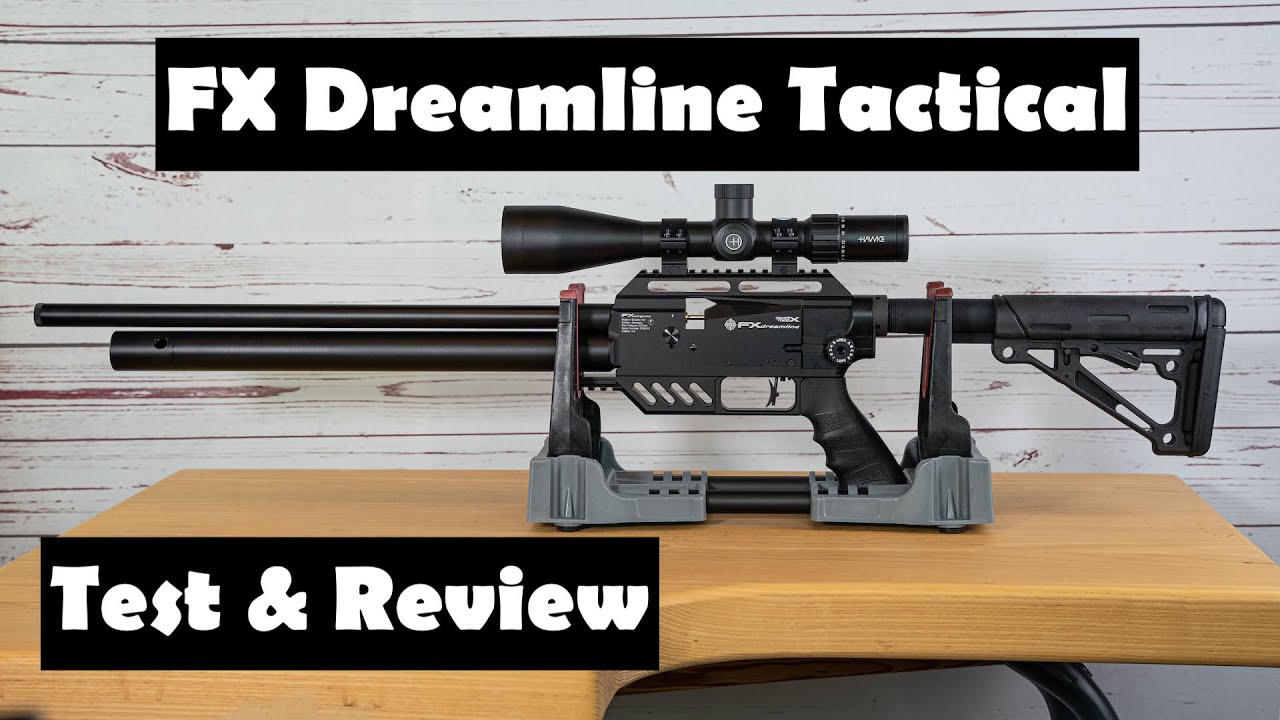